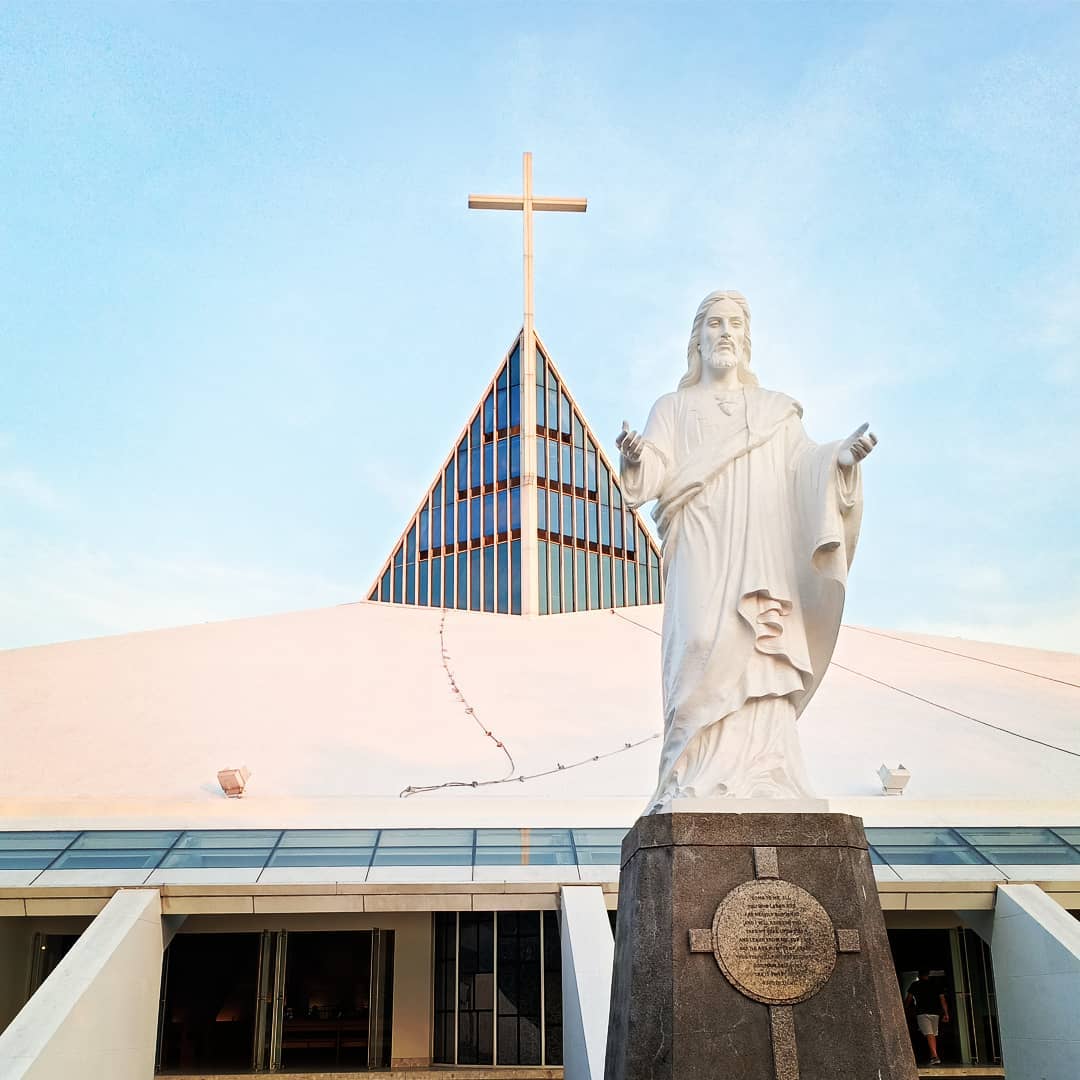 The 18th afternoon of chilly January 2018 saw me on an unusually nostalgic state. I was packing up my things after a day’s work, ready to begin my 30-minute walk from Ateneo to our house, when it suddenly hit me that it was not just another ordinary day. That day marked the second year of a journey that most people would say is a crazy career decision: leaving the corporate world to become a campus minister.

I wouldn’t call it crazy though. It was the culmination of sleepless nights rolling in bed, dead mornings spent in Greenbelt chapel staring blankly at space, silent cries in a crowded train hushed by inspirational TED podcasts, and an unsettling shiver down my spine when I asked myself the question “If I were to die tomorrow, is this what I really want to be doing?“

I wanted a way out. And I even remember telling my interviewer (who would later on become my current boss) that I needed this job more than this job needs me. It was not for financial reasons, because I practically lost half of what I was earning. It wasn’t also for career development reasons, because I literally didn’t have the proper qualifications. All I knew was that, among all the options I had at that time, this one gave me the most jitters. And I felt alive again.

Little by little, it became apparent to me that this new job was my second chance with my Father, and I was the Prodigal Son who have gone astray. I have lost sight of where I came from, and so it was easy for me to lose sight of where I am ought to be. For so long I tried to do many things that I had hoped to give meaning for my life. I have gone to the farthest places, and sacrificed anything for a taste of recognition and pride. In the journey, I lost the things that once mattered. Things like my relationships, health, and principles grew pale in comparison to a higher pay and lavish perks. My work trips meant skipping birthdays of relatives to eat breakfast in Puerto Princesa, lunch in Makati, and dinner in Zamboanga. I have wandered far and wide in search for what the world required me to be, but deep in my heart I wanted nothing but to simply come home.

This “coming home” is all about a God who invites me to be still. He sees in me the creation He designed me to be – flaws and all – and embraces me nevertheless. This coming home is about dwelling in the gaze of my Father who sees nothing but someone worthy of love and dignity, and allowing myself to be transformed by this gaze. My coming home is my resounding “Yes!” to God who invites me to see myself the way the Father saw his prodigal son whom he ran to from a distance – full of compassion and mercy.

It wasn’t an easy walk, though. I began to learn and unlearn so many things like a fish out of water. No, I was a fish IN OUTER SPACE. It was a totally different world, and so many times I was humbled down deep into my core. I cried over so many mistakes, but also teared up from too much joy. I discovered new things about myself, and learned to love even the broken parts. My usual week consists of whole-day recollections on Saturdays, extensive spiritual and social conversations with students, long walks from our office to the Loyola School of Theology for my MA in Theological Studies, a growing pile of readings for my classes, meetings and events with the student-led organization I am moderating, weekly prayer sessions with a small unit of students, a classroom session with some freshmen, a series of paper works, and coordination-meetings with other offices. Honestly, the load seems to be heavier than the one I left in the corporate world. The irony is that I couldn’t imagine myself being elsewhere.

Perhaps the reason why God placed me on such an ironic mission is because this work is ultimately about seeing another person with the Father’s gaze. Perhaps this mission is about finding the lost sons and daughters, and extending to them the same gaze that I have experienced myself. Maybe the reason why I am being given the privilege to accompany people in their faith, wretched and broken as I am, is because I can personally witness to this generous and merciful God. As I am painstakingly inching my way home, I am called to walk alongside those who are also trying to find their way. I vividly remember having a conversation with one student who asked me “What would you do on your last day on earth?” I felt a weak smile growing on my lips as I uttered the most genuine answer I could come up with at that moment: “This.”

Me coming home to God may have started out as an escape from the physically draining life I was living, but God eventually straightened my path. God led me to a deeper understanding of how beloved I truly am, and how capable I am of loving others. I may not yet know exactly where I am going in this new career path, but my heart rests in knowing that God is walking with me. Because of this, I know I will find joy wherever this journey is leading me.

This decision was something I was careful to announce, because I knew not everyone will be able to understand. I have learned to prepare a sort of script for those who greeted me with raised eyebrows. But as I looked back in the last two years and saw how much of me has changed because of this grace of a job, I see no reason why I shouldn’t be proud of it. This world is unheard of two years ago, and yet now I could not imagine being elsewhere. So much grace, generosity, and trust carried me along the way. There really is nothing else to say but Deo Gratias! All is grace!

Originally published in the February 2018 issue of THE WINDHOVER, the official Jesuit Magazine of the Society of Jesus – Philippine Province.

Photo taken by the author.